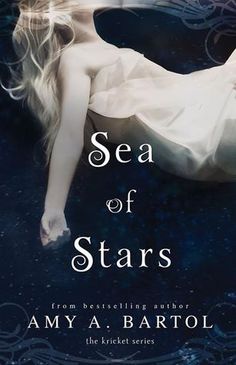 Kricket Hollowell is not just in the middle of an Etharian war, she is the reason for it. As the most sought after commodity, she is hunted by all sides who believe that she will be the ultimate winning tool. But Kricket is determined that she will never belong to anyone – except the man she has given her heart to, who will do whatever it takes to keep her safe. Kyon, however, has other ideas.

As time frames go, this second installment covers a very short time span following on from the first novel. But what an action packed nail-biting time that is! I absolutely loved this book! The fantasy world created by Bartol in the first book follows through beautifully from the weapons and surveillance equipment to the transport and wild-life that populate this planet amongst a sea of stars. The action is non-stop from the first sentence to the very end. It’s an emotional roller-coaster.

Character wise, there’s a lot to fall in love with. Trey and his team are loyal, funny and bad ass. The interaction between Kricket and Trey, and the development of their relationship is romantic, hot and tender at once.

But there’s one character who surprised me quite a bit in this installment. At the end of book one, I was completely convinced that Kyon was evil incarnate. Now, I’m not so sure. There’s something very wrong about the way he obsesses over owning Kricket, but his complete dedication and tenderness toward her is kind of sexy too!

I’m completely in love with this series!