Vampire hunter Cat left the man she loved behind years ago to ensure his safety. Now she’s working for the secret homeland security division as their secret weapon, using the skills her undead lover, Bones, taught her to protect the human world from unscrupulous vampires. But there are rumors flying around in the underworld and more than one contract has been put out for the capture, dead or alive, of the vampire killer known as the ‘Red reaper’. Only one man can help Cat now. Can she overcome the feelings she still has for him and keep it professional?

Cat and Bones are by far two of my favorite fiction characters ever. I first read this series four years ago, and decided to re-read (or listen with Audible to be exact because narrator Tavia Gilbert is amazing!) the series because I haven’t been able to forget the memorable characters Frost created. Arguably, the second ‘read’ is even better than the first! Frost has written into life such a rich world of fantasy, populated by vampires, ghosts and ghouls. Just when you think she can’t possibly come up with something more imaginative, she stretches the limits by introducing yet another plot twist or complex character. The romance in this story is both sweet and scorching, with this being the hottest novel in the series. One of my favorite things about this series is the witty humor. Frost has a definite talent for sassy, quick and dirty humor, and this makes Bones, in particular, a character that will creep under your skin and stay there for years after reading the Night Huntress series.

One of the best adult paranormal romance series of all time!

Catherine knows that she’s a constant, bad reminder to her mother of the vampire who raped her. She spends her days trying to convince her mother that she’s more human than other and her nights trying to atone for the sins of her father by killing his kind. Then she meets Bones. The powerful Master vampire captures the young hunter, but instead of death, he offers her a deal: partner with him as a vampire bounty hunter… or die. Cat chooses survival but soon finds that working with the arrogant, sexy undead bounty hunter is far different from what she’d imagined.

This is the second time I’ve read this novel and that, in itself, speaks volumes. In fact, this is the first book I’ve ever re-read in my entire life from cover to cover. Frost’s characters are rich and sassy. Their lives are full of adventure and dangerous from one unexpected plot twist to the next. At first glance, Bones, with his English accent and ruthless strength is a bit of a bastard, but as Frost unravels the story, his character takes on new depths. He is arrogant, fierce, protective, incredibly funny, sexy and romantic. Cat is an equally fascinating character. She’s fiercely independent, prejudiced and talented. Throw them together, and you have a perfect example of character-driven plot, riddled with sexy conflict and adventure. This is hands down one of the best adult paranormal series ever written!

Possibly one of the best books ever written 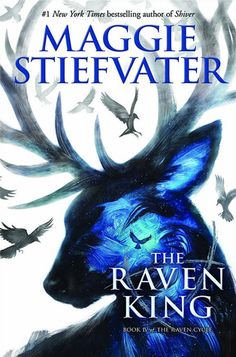 There is something darkly magical about this series that marks it as one of my all time favorites. Reading a Maggie Stiefvater novel is an experience unlike any other. There is nothing straight forward about Stiefvater’s writing. She doesn’t tell. She doesn’t even show. She feels and makes you feel along with her. So much of this story is not woven into the plot or even into the characters, but rather, Stiefvater delves deeper into the very heart of the reader. She teases and tempts with her descriptions but never quite fully explains, preferring rather to stretch the imagination of the reader to impossible heights. She thrills, excites and terrorizes with her magical, lyrical prose and leaves you wanting more of something more…

Amazing, fantastic, frightening, dreamy…one of the best books ever written. 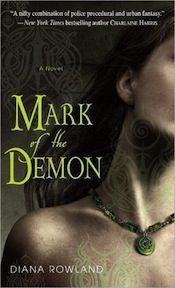 There’s a serial killer on the loose and detective Kara Gillian knows there’s more to the case than meets the eye. She can see the otherworldly energy on the bodies that nobody else can. She knows that the killer is planning something big, something that could have devastating results for many. Can she solve the case in time and can she do it without the help of the demon lord Rhyzkahl? Or will she have to risk bringing him into this realm in order to save it?

Rowland has taken two very unusual genres and paired them in a surprisingly harmonious way. There’s a definite CSI feel to this novel. The crime scene intricacies were fascinating and realistic. I loved the clinical detail of the investigation. Then there were the fantasy aspects. Rowland’s demon realm is not your typical romantic fantasy world. It’s dark, dangerous, beautiful and uniquely spun around its own set of rules and regulations.

Kara’s character is strong, independent and not afraid to take risks. The demon lord Rhyzkahl is as mysterious at the end of the novel as he was in the beginning. The reader is constantly reminded that he operates according to a code of honor that doesn’t exist in this world. I kept thinking this was going to turn into a paranormal romance at some stage but there’s very little romance in this story, only the slightest suggestion. This paves the way for a thrilling, focussed, investigative plot-line that resolves itself neatly, but still leaves room for more adventures. Overall, a fascinating read.