Get ready to open your mind with Dan Brown’s “Origin”. 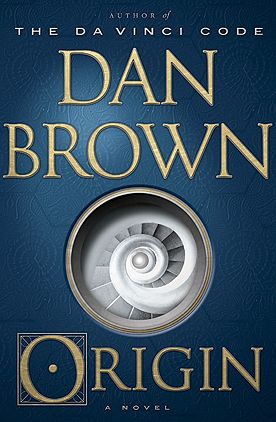 Where do we come from? Where are we going?

Professor Robert Langdon is intrigued when he receives an invitation to a mysterious presentation from his friend, futurist Edmond Kirsch. He is even more curious when, just before the presentation, his friend admits that he has made a break through scientific discovery that will change the face of religion. But Kirsch’s presentation is cut short when he is assassinated on live television. Robert Langdon and Kirsch’s friend Ambra Vidal are determined to find the password that will release Kirsch’s discovery to the world.

Dan Brown remains one of my favorite authors. It’s impossible to read a Dan Brown book without opening your mind to new ways of thinking and emerging with more insight, and often more questions, on the other side. Origin seeks to answer the greatest questions of all time: Where do we come from and where are we going? Brown tackles the conflicting schools of science versus religion with boldness and tact. Like a true scientist, he provides the facts and encourages each reader to find his or her own truth.

Brown’s descriptions of Spain and in particular, Basilica de la sagrada familia, are so vivid and exquisite that his book is sure to ignite a fresh wave of tourism. His references to technology and how it could shape the future of humanity are both exciting and frightening. It may be fiction, but I hope that each of us hears and heeds the underlying messages of warning and of hope for a better future.